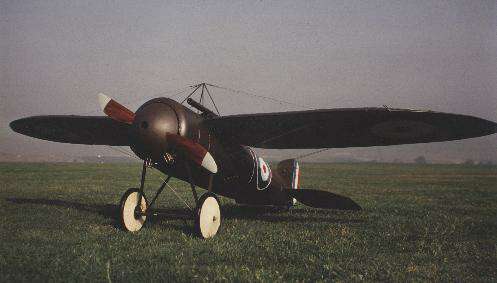 The model represents aeroplane no. A5141 which was one of four pre-production aircraft, the final production type being the M1c.

Structure: Fuselage is a fabric-covered spruce framework. Wings have ramin spars and 1/8in balsa sheet ribs. Fabric covering is doped nylon. The large spinner is moulded from glass cloth and polyester resin.

Flying characteristics: Stable yet responsive, this model performs aerobatics with ease. During turns, the model has a tendency to raise its nose one way and drop it the other. This is believed to be a gyroscopic reaction caused by the rotating mass of the large spinner, rather like the effect on the full-size of the rotary engine, but to a much lesser extent.
First flown in 1985, this model has won trophies at many events in the UK.

Current status: sold to a new owner after many years successful flying; it has been recovered and re-engined and is flying again. 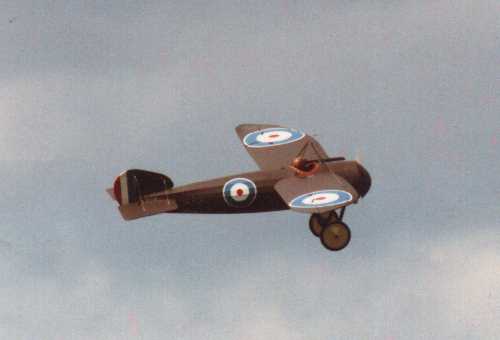 If you like this page, these books may be of interest: Please see also our Bookstore